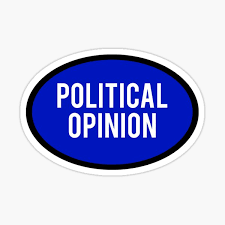 Justice Kilbride is up for retention on the November 2020 ballot and must meet the 60% retention threshold in order to keep his seat on the Illinois Supreme Court.  The vote of the Central Committee was unanimous.

The Whiteside County Republican Party recommends removing Kilbride from the bench because of his close ties to corrupt House Speaker Michael Madigan.  In 2010, the last time Kilbride faced retention, Mike Madigan made Kilbride’s retention one of his top political priorities because he knew Kilbride was essential to retaining his power over the Supreme Court. The Chicago Sun-Times called Kilbride’s retention Madigan’s “greatest victory” that year.

The Illinois Republican Party stated, “In return for millions in campaign cash from Madigan, Kilbride has reliably voted to protect Madigan’s power and sided with Madigan’s powerful allies.  Kilbride successfully blocked term limits, struck down the effort to end gerrymandered maps, and rejected pension reform in spite of criticism that he took millions of dollars from those with a stake in the decision.”

In return for Madigan’s millions, Kilbride has been a guaranteed vote against good government reforms that would limit Madigan’s power.  In 2014, Kilbride blocked term limits, and in 2016, Kilbride was the deciding vote and wrote the majority opinion striking down the Fair Maps amendment, a citizen-led bipartisan provision to create a nonpartisan redistricting commission to draw legislative districts, rather than a process controlled by Madigan.

Madigan currently enjoys a 4-3 advantage on the Illinois Supreme Court.  If Kilbride is defeated, there would be an open contest for the seat in 2022 in the 3rd Judicial District.  If a Republican were to win that race, the GOP could control the state’s highest court for the first time.