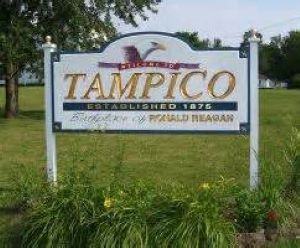 After announcing his decision to leave his position as head of Tampico’s Public Works Department in late September, the Tampico Village Board agreed to officially accept the resignation of Tom Pierce at their October 19th meeting.

Pierce left his position abruptly citing a lack of personnel in the department and a lack of support and communication from the Mayor Kris Hill.

The board voted unanimously to accept Pierce’s resignation after meeting in executive session for approximately twenty-five minutes. A motion to accept the resignation at the September 21st meeting died due to the lack of a second.

Wendy Ketchum with the Tampico recreation committee requested the official dismissals of Don Jensen and Amanda Kendall who had requested to step down. She also asked for the official appointments of new members to the committee: Zach Bryan, Allison Sharp and Kevin Wetzell. All requests were unanimously approved.

Approved half payment for the Illinois Municipal League RMA for property, casualty, and workmen’s compensation insurance. The other half of the payment will be made in 2022.

Mayor Kris Hill said she apologized for misspeaking on the quoted price from Willett and Hoffman Associates to conduct water testing for the village at the board’s previous meeting. Hill quoted the price as $21,120 but due to an error in calculation the price was actually $15,120. The village is planning on voting on a new contract for water testing at their next meeting.

Hill reported that the sanitary sewer lining project is scheduled to go out for bid soon with an anticipated completion date of summer 2022.

The Mayor along with Police Chief Mike Lewis participated in a training with ComEd for their emergency operations center. The emphasis was on how to contact ComEd during emergency situations involving downed wires and other utility issues.

The first involved sidewalk/concrete repair in several locations: in front of Sandrock Insurance, a collapsed storm drain at the corner of East Booth and Main Streets, and some sections of uneven sidewalk around town.

The second is the need to replace a pump at the Kimball Street lift station. The station is a critical link to moving sewage to the waste treatment plant. Currently, one of the two pumps is not functioning with Chriest saying the failure of the second pump could result in serious situation.

His final request was to have the storm drains along Main Street in the area of Casey’s General Store cleaned out using a vacuum truck. He said the flow in the system is currently severely restricted due to sediment build up.

The board gave approval to order a new pump for the lift station, and the vacuum truck service with the costs to come out of the sewer budget. Concrete repairs were also approved with costs for repairs to come from the general fund.

Chief Mike Lewis reported he had requested the county highway department to remove a 35 mph speed zone sign on Main Street that was mistakenly left when the speed limit was lowered to 30 mph several years ago. He also requested to add additional 25 mph signs throughout the village, which is the current posted speed limit.

The chief updated the board on the multiple sexual assault cases he was investigating. He reported that all of the cases have been sent to the state’s attorney’s office.

Additionally he told the board that a resident had reported receiving a link to a child pornography site, which they immediately reported to authorities. Lewis said the resident did the right thing by contacting law enforcement. The incident has been turned over to the Illinois State Police for further investigation.

Lewis also said the number of calls to the department have been cut by half during the past year due to action taken by his department. He added that the Whiteside County Sheriff’s Deputies have not been called for assistance for several months.

Wetzel also reported that the Tampico Festival Committee has set the dates for the 2022 Tampico Fest for July 14-17. Beginning next year the committee will become a not-for-profit organization. They requested permission from the village to use the address of village hall as their listed address but will maintain a PO Box for all correspondence. The board approved the request.

The next board meeting is scheduled for Tuesday, November 2 at 7 PM.