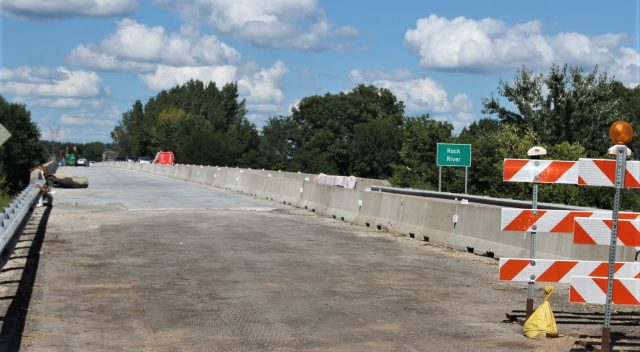 The resurfacing of the Hwy. 78 Bridge over the Rock River just north of Prophetstown is nearing completion. The project began on May 18 and is scheduled for completion before the Labor Day Weekend according to project manager Darin Baughman with Helm Civil Constructors.

“The project has gone well and all the concrete has been poured,” said Baughman. The last major tasks to be completed include painting the ends of the steel girders and profile grind and groove the bridge deck.

The bridge has been reduced to one lane since the start of the project.

Civil Constructors are in charge of the $857,000 project.

An aerial view of the project.