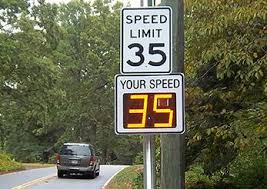 The Council agreed to change the weekly yard waste pickup to a semiweekly schedule. Swanson felt it would be a more efficient use of the public works department’s resources. Pickups will now be done on the second and fourth Thursdays of each month. If a resident has a need for pickup outside of that time schedule, they should contact City Hall. The new schedule will begin in July.

Discussion was held about the state property on East 3rd Street that is currently used by the city for their salt bin and yard waste collection. Mayor Swanson was recently informed that the city would need to vacate the property. Public works director Brian Strike has looked into the cost of building a new salt bin which would be located at the public works department. Prophetstown and Portland Townships have both expressed interest in sharing the cost of construction in exchange for use. Swanson said he will continue to investigate the possibility of leasing the state property. No action was taken.

City Attorney Tim Zollinger alerted the Council of the need to develop ordinances regarding a new state law which goes into effect on January 1, 2020, legalizing recreational use of marijuana.  Cities can designate time, place, and manner restrictions on stores licensed to sell marijuana. They can also regulate on premise consumption facilities. Zollinger suggested the Council have ordinances in place within the next few months in case the city is approached by companies interested in opening a dispensary. All outlets are licensed by the state of Illinois.

The mayor reported that the Moore Foundation has given the city $11,000 to go towards sidewalk upgrades and have agreed to pay for a new pavement painter at a cost of $11,000. Swanson said he had asked the foundation to donate a portion of the cost of the sprayer but was told they would cover the entire cost.

Mike Chastain, Director of Safety at Winning Wheels, requested permission to use Eclipse Square Memorial Park for a concert series beginning on June 29. Concerts are currently scheduled for June 29, July 13 and 27, August 10 and 24 beginning at 6:00 PM. The concerts are free and will have food available.

Approved the posting of the 2019-2020 appropriations ordinance. Councilman Josh Hovey highlighted changes from last year’s appropriations including increases in the following:  .48% Corporate Fund, 2.23% Police Fund, 3.43% Water Fund, .45% Sewer Fund, 1.05% Streets and Alleys fund.  All other funds remained unchanged with a total increase of 2.6%.

On the recommendation of the mayor the Council agreed to purchase two radar speed signs for $5,500. The signs are mounted on poles and can be moved to various locations. They provide a digital display of a vehicle’s speed and collect data such as high speed, average speed, and traffic volume which can be used to help determine future placement.

Approved the lease of the ESDA building to the Prophetstown Fire Department ambulance service for the length of two years at a cost of one dollar per year.  The ambulance service will take advantage of the facilitie’s kitchen and sleeping quarters for out of town personnel who are on call. New flooring and other updates are being made to the facility.

The Council went into executive session and returned after discussing pay raises for city employees. The Council approved pay raises for the following: 3% to Rhonda Carter, Tyler Chriest, Bruce Franks, Clint Morse, and Brian Strike, 4% increases to Donnie Jensen and Chris Nielsen, 5% to Jordan Pierceson and an increase to $23 per hour for Police Officer Jerrod Reynolds

The city will be spraying for mosquitoes around the Fourth of July holiday. The village of Erie will supply the sprayer with Prophetstown paying for the labor and chemical.

The mayor reported that some bricks had fallen from the former IH Mississippi Valley Credit Union Building on Main Street.  The public works department inspected the building for any other loose bricks and the owner will be sent a building code violation notice with 10 days to rectify the situation.  The city has been trying to purchase the property for the past few years.

Alderman Daryl Drennen asked the Mayor if there was any update on a possible deal with Dave Barajas on bringing his coffee cake factory to Prophetstown. The mayor replied, “the ball is in his court.”

The July council meeting will be held on Tuesday the 9th at 7:00 PM.