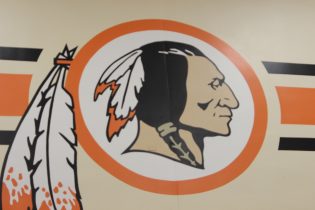 The Prophetstown Middle School traveled to Fulton High School for a game against River Bend Middle School on Tuesday, November 5th. The 7th Grade Boys Beat Fulton 38-29 as Caden Van Horn slithered his way through the Fulton defense to lead all scorers with 22 points.  Kelly Hicks was a force around the basket and scored 8 points on four field goals which included a hook shot.  Blake Geuns, Nolan Gerlach, and Amen Barron scored 2 points apiece to round out the Prophets’ scoring.

The 8th grade boys battled last year’s tournament champs, River Bend, to a tie at the end of the first half.  The game continued to be played at an intense level but Fulton pulled away late to earn the hard fought win.

On Thursday, November 7th, the Prophets got to play in their first home game of the year against Rock Falls.  The Prophets scored on the opening jump with a two on one fast break but Rock Falls’ overall quickness was too much for the Prophets as the Jets ended up winning 41-10.  Caden Van Horn scored 5 points which included a 3-ball.  Gaige Kincaid scored 5 points also on two field goals and a free throw.

The 8th graders fell to Rock Falls by a score of 45-34.  Charlie Link led the way with 20 points which included three 3-balls.  Owen Farral scored 7 points and Jeremiah Kochevar contributed 4 points.  Jonathon Hicks scored 3 points to round out the Prophets’ scoring.

The Prophets host Morrison on Tuesday and travel to Erie on Thursday.