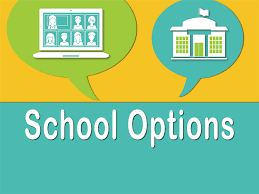 During the July PLT #3 School Board meeting on Monday night, Superintendent Dr. John Petzke discussed the status of the return to school plan being constructed with the help of district administrators and staff.

On July 16 the district asked parents to complete a survey indicating their preferences on returning to school in August. Petzke shared the results of that survey which revealed that 420 families representing 665 students responded to the survey. 197 families representing 46% of the respondents cited their preference for the A/B Hybrid Model, which would have students attending school two days each week and remote learning the other three days. 74 families or approximately 17.5% chose 100% remote learning and 149 families or 35.5% chose to send their students to school five days.

Petzke said he was troubled by the large number of parents requesting students to attend school five days per week saying, “If you put the five day a week students with the hybrid students in the building at the same time our class sizes are large. That is a lot of kids.” He added his preference is to keep numbers of students in the buildings as low as possible especially at the beginning of the school year to help with overtaxing staff and developing new in building procedures.

The new superintendent went on to say that he has been meeting with multiple parent groups from various buildings and received feedback that the survey was, “too long and they (parents) didn’t understand the urgency of starting slow.” He said it he would create a second survey which will be much shorter and to the point. Petzke stressed that people should base their decision on their “need” and not their “want”. “If we bring too many of our kids back at once, there is the potential for the virus to spread quite rapidly.”

He pleaded with the public to carefully consider their decision saying, “to keep your children safe and my staff safe, we need to reduce the number of students (in the buildings).” The superintendent added that several districts are offering only two options, which can make life extremely difficult for working parents. “My plea to the community is, help us keep our children safe, help us keep our staff safe, while we navigate this unknown, uncharted territory with the health situation, we have a lot to learn. Choose the AB rotation. Help us start small so we can learn and revise it and improve our efforts. I simply don’t have the capacity to bring all the kids back safely.” Petzke added if the numbers on the original survey do not change on the second survey, one of the options may have to be removed.

6-12 Campus Principal Keith Stewart presented a daily schedule which will be used at the 6-12 campus explaining how the A/B style format would look for students. Emphasis was placed on understanding that grades and attendance will be tracked as usual unlike the policies used during last school year’s spring remote learning. Other changes include shorter school days, additional lunch periods to ensure smaller groups, and socially distanced classrooms.

Both the 6-12 campus and elementary school daily schedules can be seen below in the attachment.

The new survey is available on the district’s website and Facebook pages and will be available until Tuesday, August 4.