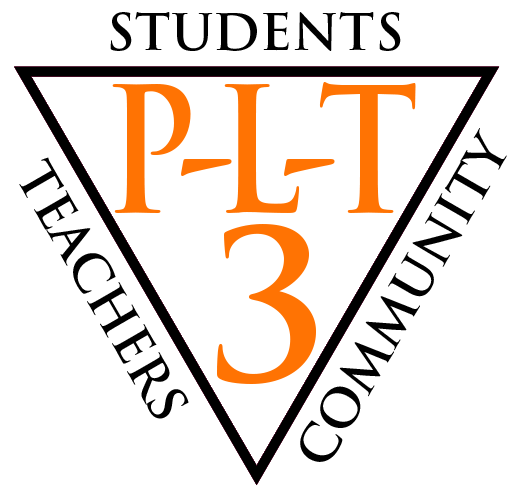 Two special public hearings were held prior to the regular PLT# 3 July school board meeting. The first allowed public input on the districts e-learning plan which must be adopted by the board prior to implementation. In the future the plan will specifically be used if school attendance is canceled for a variety of reasons including weather.  Notification of an e-learning day will be given via district social media, website, text message, or phone call. The plan was adopted without discussion.

A second public hearing was held to discuss the districts use of five local holidays: Martin Luther King’s Birthday, Abraham Lincoln’s Birthday, General Casimir Pulaski Day, Columbus Day, and Veterans’ Day. The adoption of the public act allows school districts the option to have students attend or not attend on those days, but instructional time must be given to those honored on that day. The issue of attendance arose due to the recently created Illinois law that designates Election Day in November as a non-attendance day for public school children.

The second pre-school screening took place on July 16. If you could not attend this training, you are asked to contact the district office. The program currently has eighty-four students registered with exceeds the capacity of eighty, therefore a waiting list has been created.

In person registration will be held on Tuesday, August 4 from 11 AM-7 PM at the PLT 6-12 Campus Commons. District directors from all areas will be in attendance to answer questions and fees can be paid in person at that time. Online registration is also available. A brief discussion was held on the possibility of waving the 3% fee charged when paying via credit card. The topic will be considered by the finance committee, but no decision was made.

The IHSA should have a decision on fall athletics by Thursday, July 30. He added there are various scenarios that are possible, and he will alert the public when he receives word.

The first day of student attendance is Monday, August 24. It has been moved back one week.

A staff breakfast and lunch that are usually held during the first week of staff attendance will be catered by local restaurants.

The recently conducted annual audit conducted by Tom Peffer with Gorenz and Associates, went extremely well. It will be formally presented to the board in October. Administrative Assistant Jeannie Richmond was recognized for her outstanding record-keeping.

Frontline, an application processing service, will be used in the future for employment applications.

The district’s seven subcommittees have not been meeting recently due to all efforts being placed on return to school. A suggestion was made to hold committee meetings an hour prior to regular board meetings. Initially the finance and curriculum committees will have priority.

Repeated the adoption of the Tuition Waiver for students of district employees who live outside of the district. The district adopted the measure at their last meeting but a delay in getting the paperwork submitted required a re-vote as the documentation must be in the ISBE office within fifteen days of district adoption.

Approved the holiday option plan discussed in the public hearing prior to regular board meeting.

Approved a bid from Gibson Oil Company in Lyndon, Illinois for transportation fuel the 2020-2021 school year.

Approved three hazardous bus routes. These are routes that are added to the normal bus routes due to hazardous situations for students who would normally be able to walk to school.

Reviewed the district’s Risk Management Plan. No action was taken.

Extra-curricular stipends for the Bass Fishing and E-sports coaches were discussed and approval was given to proceed with discussion with the PLTTA to modify the current contract to add the positions.

Gave authorization to the superintendent to prepare the FY21 Budget.

Authorized the sale of excess district equipment. Items include kitchen equipment and desks that have not been used for some time. The equipment will be posted on list serves for interested parties.

A brief discussion was held on the cost of single-use plastics. The board was given the current cost of the items for their consideration. A sixth-grade student, Wynn Renkes, had approached the board in May with the idea of doing away with plastics. No action was taken.

A date of Monday August 3rd was set for a special meeting to approve a final version of the Return to School plan. The meeting will be held via Zoom.

A date of August 6th was set for the board training. The presentation is called “Starting Right”, which will address working with new board members and a new superintendent. The Illinois Association of School Boards conducts the training.

The next monthly board meeting will be Monday, August 24 at 6:30 PM.