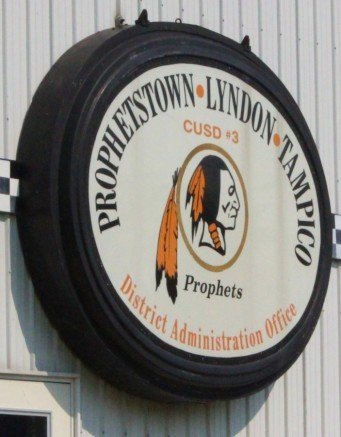 The PLT Education Foundation brought Christmas a bit early to several district teachers and departments as it was announced that the group has filled several grant applications during the PLT#3 board meeting on November 17th.

Superintendent Heidi Lensing reported to the board that three major projects were funded. The 6-12 campus art department will receive a Glowforge, the Ag department will be getting additional welding equipment and District Librarian Laura Crisp also received funding for several library projects. “It was very exciting to hear those announcements. We are very blessed to have the Ed Foundation that helps support educating district students,” said Lensing.

6-12 campus art instructor Dawn Huffstutler explained her new equipment. “I am so excited to get a Glowforge Pro with the Education Foundation Grant! It is an amazing laser cutting machine. The Glowforge will cut wood, rubber, fabric, leather, paper, etc., as well as etch on glass, coated metal, marble, etc. It will be a huge addition to the classroom and I know my art students are already excited to design a project on it and see what it can do.”

Ag teacher Sara Mosher said the ag program will be updating its welding facilities. “We will be adding new welding bays, new multi-process welders and a new plasma cutter. This will double the amount of available welding space for students as numbers in the mechanics track continue to rise.”

The library grant will be used to purchase books for the school libraries throughout the district.  “It will allow us to replace well-loved but worn-out copies of older books along with buying highly anticipated new books that students have been asking for. This generous grant will help to support the students of the district in having access to the books they eagerly seek on their journey to becoming lifelong readers,” said Crisp.

Board President Kim Purvis congratulated all those involved with the Veterans Day programs held at the district elementary schools on Veterans Day.

Lensing updated the board on the progress with the district’s IT infrastructure. Capital Data, the company involved in updating the system, recently installed new equipment at the district office, which should be the last step before district staff can begin using their new laptops.

The superintendent also reported that she has narrowed down the pool of companies interested in managing the district’s IT system.

Lensing announced the district’s EAV (Equalized Assessed Value) increased significantly due to a quadrennial reassessment. In 2020 the district received approximately $4.7 million in property tax revenue but with the increased EAV, the district will levy approximately $5.2 million next year, an increase of 9.1%. Due to the increase exceeding 5%, a truth in taxation hearing will be held prior to the December 22 meeting. The tax rate for district property owners will not increase.

During the October board meeting the question of whether to issue a new bond for district facilities’ projects was raised because the district’s current bond will be retired in January. Administrators were asked to submit facility projects they felt were a priority to get a rough estimate of how much money would be needed to address the projects. Lensing said after receiving the news about the increased EAV, the availability of one cent sales tax funds and possible use of ESR funds, she recommended that a new bond not be issued at this time. She explained that some of the immediate needs could be addressed with existing funds and once a long range facilities’ plan is developed, the board would then move forward to issue a new bond at that time.

Lensing would like to create a new facilities committee consisting of district staff, the district architect and community members. The group would be charged with developing a long term plan for district facilities. A similar committee was formed several years ago but due to district personnel changes and Covid, the committee did not complete a plan. No timeline on forming the committee was determined.

PLTTA co-president Laura Crisp told the board the teachers union has given notice that they are ready to begin contract negotiations. She also updated the board on various teacher led projects within the district.

6-12 campus principal Janet Barnhart gave further explanation to the board regarding the high school course offerings for the 2022-2023 school year. A few of the highlights included a return of upper level AP courses, a realignment of AG courses, and an opportunity for students to begin a path towards officiating and coaching athletics. The course catalog was approved.

Following executive session the board approved the following:

The next board meeting is scheduled for Wednesday, December 22nd at 6:30 p.m.