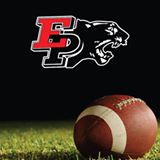 Two teams looking to finish the season on a positive note will clash in Prophetstown on Friday night as the Panthers take on the Morrison Mustangs.

Morrison (1-3) and EP (1-2) are coming off blowout games but with opposite results. The Panthers defeated Bureau Valley 44-0 last Saturday in a steady downpour in Manlius. It was the first win of the season for the Panthers after losing two close games to Kewanee and St. Bede.

The Mustangs were crushed by Fulton last Friday in the “Wooden Shoe” game 56-0, losing their third straight after a dominating opening win over Riverdale.