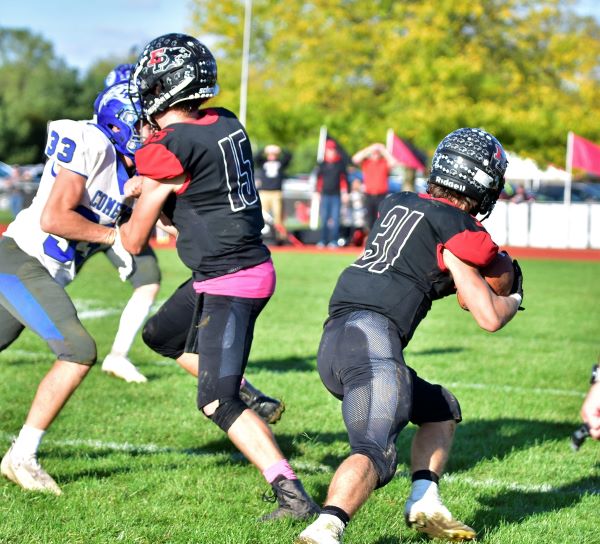 For only the second time on program history the EP Panthers will be playing in a second round playoff after their convincing win last week over Clifton Central. The 5th seeded panthers will travel to Kankakee to take on #13 seeded Bishop McNamara who was 42-14 winner over Knoxville.

Typically a 3A and even 4A team, the Fightin’ Irish took 2nd in 4A in 2018 and made the quarterfinal round in 4A in 2019. The Irish dropped in classification this season due to the dropping of typically applied success factors after a non-season in 2020.

McNamara cashed in two turnovers by Knoxville that helped them jump out to an early lead and used a powerful running game to grab the win.

Panther Coach Jesse Abbott said his team will have to eliminate turnovers and just play their style of ball, which has earned them eight straight wins.

The game can be heard on Aroundptown.com and the Aroundptown Facebook page starting just before 2:00 on Saturday. The video portion of the game can be found on the Kankakee Bishop McNamara NFHS site.