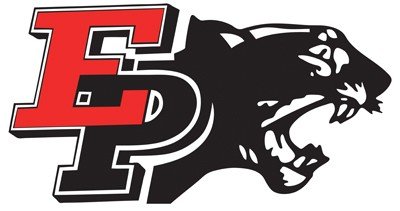 The Lady Panther basketball team held the lead for two and a half quarters in Orion on Thursday night before the Chargers erased the deficit to set up a back and forth final ten minutes. A large size advantage for Orion led to several second chance points down the stretch as they held on for a 58-55 TRAC West win.

EP led 17-11 after the first quarter, which included Schwartz hitting for 13 including a four-point play. She continued her hot hand opening the second quarter with a three-ball to open a 20-12 Panther advantage.

The visitors took their largest lead of the game at the 3:45 mark going up 24-14 and went to the locker room with a 4 point edge.

The Chargers grabbed their first lead near the 5:00 mark of the third quarter 36-35. Another 3-ball by Schwartz gave EP a 45-43 lead after three.

The Panthers grew their advantage to 50-43 at 6:34 on yet another three-point basket by Schwartz but EP would then not move the scoreboard again for the next four minutes. In the mean time, the Chargers chipped away at the lead using their height advantage to get multiple offensive rebounds to build a 58-51 lead. “Our size killed us”, said Brown. “We definitely have to do better job rebounding amongst other things.”

The Panthers managed to trim the lead to 58-55 after Olivia Purvis hit two free throws with :45 remaining, but that would be as close as EP would get.

Kennedy Buck had 8 points for the Panthers with Shea Winters contributing 7.

The F/S picked up a win 37-32 Kaelyn Sibley had 12 points to the lead the scoring followed by Reagan Sibley with 10.

The team travels to Monmouth-Roseville on Monday.