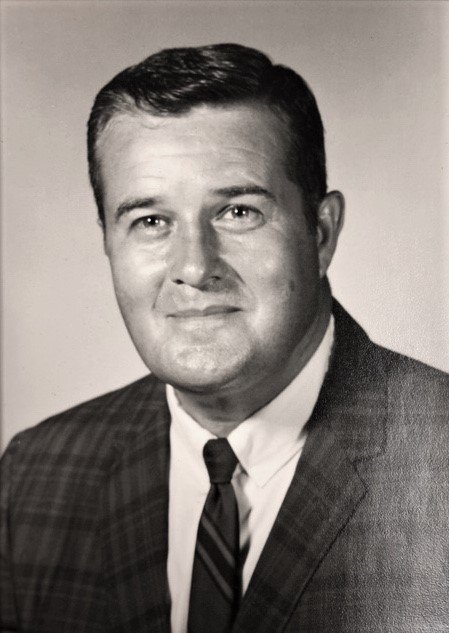 Wally was born August 25, 1929, in Chicago, IL, to Walter E. and Leona (Palter) Holmberg. He was a graduate of Hyde Park High School and attended and played football at the University of Illinois and Idaho State, where he graduated with a Master’s Degree in Secondary Education Administration. Wally married Marlene Hansen on August 13, 1951, in Pocatello, ID. She died January 14, 2017. Wally and his wife came to Prophetstown while going to interviews and fell in love with the town and eventually moved there to start their life together. Wally taught Health, Science and Physical Education and also coached football, wrestling, and track. He later became the Principal in 1969 and served concurrently as the athletic director. He was instrumental in starting the golf and wrestling programs at the Prophetstown High School.

While serving on the Park District Board, he was involved with building the pool in Prophetstown. Wally had a true love for The All Sports Banquet and worked tirelessly to bring in top notch speakers.

He was very active in the Prophetstown Lions Club and was always on the crew to help with the Fourth of July fireworks display. He volunteered with Meals on Wheels delivering meals to those in need. He was a former member of the First Congregational Church in Prophetstown and most recently a member of the Prophetstown United Methodist Church. Wally was a member of the Prophet Hills Country Club where he enjoyed playing golf. He also loved playing tennis with his friends at Westwood. A favorite past time was watching the Chicago Bears, Chicago Cubs, and Fighting Illini games and was an enthusiastic fan of all of them. Wally enjoyed boating, taking fishing trips to Canada and spending his winters in Texas.

Wally cherished his children and grandchildren and enjoyed attending all their events. He also loved his students and athletes and enjoyed talking and sharing memories with them even after they were adults.

He was preceded in death by his parents; his wife, Marlene; and one sister, Claryce Holmberg.