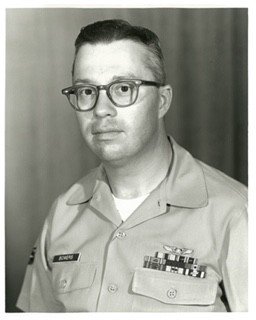 His family has opted for cremation, and elected for no funeral service or visitation. The Bosma-Gibson Funeral Home in Prophetstown, IL is assisting the family with arrangements.

Stirling was born November 19, 1932 in Pickford, MI, to Edwin A. and Marguerite J. (Stirling) Bowers. He was a 1950 graduate of Prophetstown High School.

Stirling first served in the U. S. Navy as a Hospital Corpsman, and later as a medic in the U. S. Air Force, retiring in 1974 after a combined twenty years of honorable service. During his military career, he was trained for independent duty at sea, served aboard ship and with the Fleet Marine Force, flew combat wounded out of Vietnam on C-9 medical evacuation (medevac) flights, and served at Clark Air Force Base in the Philippines. On September 27, 1958, Stirling married Betty Lovelace of Anderson, IN, a union that lasted fourteen years.

He was preceded in death by his parents.