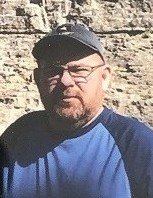 Steven R. Kelly, 52, of Tampico, passed away on Tuesday, May 19, 2020 at CGH Medical Center. Steven was born in Sterling on December 8, 1967, the son of Ronald and Kathryn (Brandau) Kelly. He was a 1986 graduate of Tampico High School. Steve was employed as a farmer and previous manager for Goldstar FS in Deer Grove. He enjoyed supporting local wildlife groups, and was known as an avid outdoorsman and “Jack of all trades.”

Special thanks to Paul Forward and Rosie Rohrbacker. Steven was preceded in death by his father, Ronald Kelly, as well as his maternal and paternal grandparents.

Cremation rites have been accorded. Private family services will be held. In lieu of flowers, memorial may be made to the Amish Ambulance Service, c/o Kathy Kelly, 354 Backbone Rd, Tampico, IL 61283.

To send flowers to the family or plant a tree in memory of Steven Ronald Kelly, please visit our floral store.