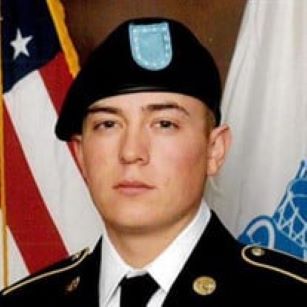 Memorial Services will be 4:00 pm, Friday, December 3, 2021 at the Clinton Chapel Snell-Zornig Funeral Homes & Crematory. Full Military Honors by the United States Army will conclude the memorial service. Visitation will be from 2:00 pm until the service time at the funeral home.

Dalton James Hill was born on September 16, 1997 in Iowa City, Iowa, the son of Matthew and Michele (Hanniford) Hill. He was a 2016 graduate of Prophetstown High School. He married Charish O’Neil on December 31, 2016.

Dalton enlisted in the United States Army on October 18, 2016 and completed basic training March 2017. He was a Gunner/Tank Assistant Commander with Company A 1st Battalion 35th Infantry regiment 1st Armored Division out of Ft. Bliss, Texas. He was deployed twice in four years, first to Kuwait from October 2017 to July 2018 and then to Jordan from September 2020 to May 2021. During his service he received many medals and honors, most notably an Army Commendation Medal, two Army Achievement Medals, an Army Good Conduct Medal and a Meritorious Unit Commendation Medal.

Dalton was a good leader and friend to those he served with. He was compassionate and true to those he loved and cared for, and always willing to go out of the way to make someone else smile. One of his biggest passions was fishing and he could find a fishing hole wherever he was at, including overseas while serving his country. Dalton also loved all animals, including his four dogs, three cats, and his many reptiles and exotics.

He was preceded in death by his paternal grandmother: Sandra Hill.

In lieu of flowers memorials can be made to the family.

To send flowers or a memorial gift to the family of Sgt. Dalton J. Hill please visit our Sympathy Store.