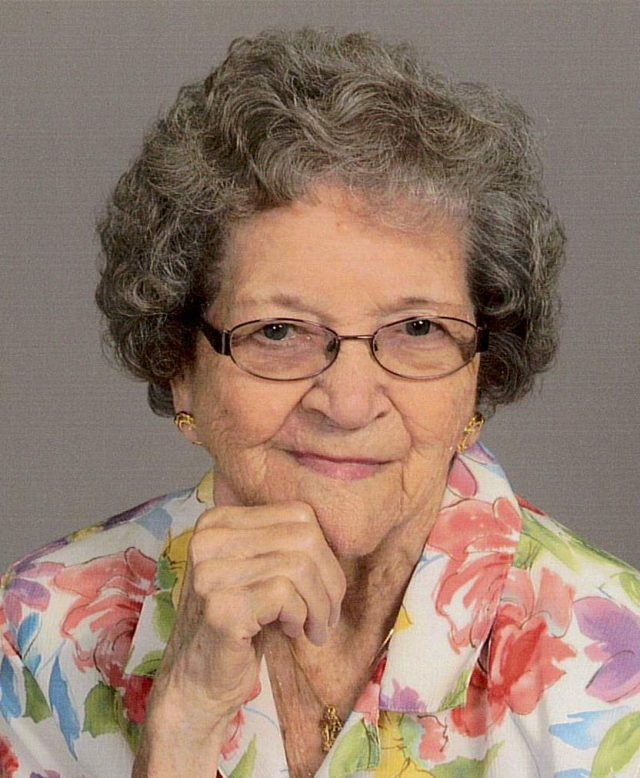 A funeral mass will be held at 10:00 A.M. Monday, June 10, 2019 at St. Mary’s Catholic Church in Morrison, with Rev. Father Slawomir Zimodro officiating. A visitation will be held from 4:00 – 7:00 P.M. Sunday, June 9th at the Morrison Chapel of the Bosma-Renkes Funeral Home. Interment will be in the Erie Cemetery in Erie, IL. Memorials to Resthave Home and Rock River Hospice and Home have been established.

Marge was born April 9, 1926 in Albany, IL to Vernie John and Katherine L. (Enwright) Dillin. She was educated in the Erie, IL grade schools and was a graduate of Erie High School. On June 19, 1948 she married Clayton L. Sibley in Prophetstown, IL. He died October 11, 1984. In 1988 Marge retired from General Electric Co. in Morrison. Following retirement she enjoyed cooking at the VFW in Morrison. She was a member of St. Mary’s Catholic Church in Morrison, and belonged to the church’s former Alter and Rosary Society. She was a member of the GEM Club and a past member of the Erie American Legion Ladies Association. She enjoyed ceramics, cooking and spending time with her family and grandchildren.