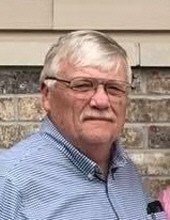 Visitation will be held from 2 – 5 pm on Sunday, September 27, 2020 at Gibson-Bode Funeral Home, Erie. Services will be held at 11:00 am on Monday at the Erie Christian Church. Memorials may be made to the family.

Loren was born October 9, 1945 in Moline, IL, the son of Loren K. and Ola Mae (Thomas) Finnicum. He graduated from Erie High School in 1963. Loren then attended and graduated from the American Institute of Commerce in Moline. He married Diane L. Schwitters at the Erie Christian Church on October 10, 1965. Loren served his country in the US Army during Vietnam from 1966 – 1968. He spent most of his working career in the cable business, retiring as a manager from United Cable Company in Galesburg.

Loren had been a volunteer firefighter and former Chief for the Macomb Fire Department. He also is a former member of the Kiwanis Club in Galesburg. Loren loved spoiling his grandchildren and following all of their activities.