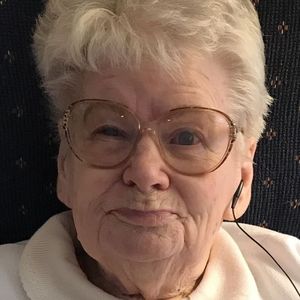 LaVonne was born on August 2, 1931 in Watertown, S.D. the daughter of Nick and Anna (Schmidt) DeGroot. She married Glenn Norman in Rock Falls on June 2, 1950. LaVonne was employed as a School Bus Driver for several years retiring in 1990. She was a member of the Christian Church in New Bedford.

She was preceded in death by her parents; 2 sons, Jack and Robert Norman; 1 sister, Lois Balsley and 2 brothers, Don and Ron DeGroot.

Private memorial services will be held. Burial will follow at Coloma Township Cemetery in Rock Falls. Arrangements were completed by the McDonald Funeral Home in Rock Falls.
Online condolences may be sent to www.mcdonaldfuneralhomes.com