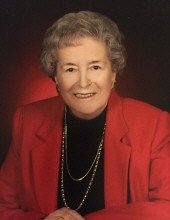 A graveside service will be held at 1:00 p.m. Friday, February 14, 2020 at the Riverside Cemetery in Prophetstown, IL. The Bosma-Gibson Funeral Home in Prophetstown is in charge of arrangements. A memorial has been established by the family.

Judy was born on June 4, 1934 in Sterling, IL to Monroe and Evelyn M. (Walters) Brown. She was educated in the Prophetstown grade schools and was a 1952 graduate of Prophetstown High School. She received a bachelor’s degree from Northeastern Illinois University in Chicago, IL.

On September 2, 1956 she married Arthur W. Johnson III in Prophetstown. He died on November 3, 1997. Judy started her teaching career as an elementary school teacher in DeKalb, IL. She then taught at Forest Elementary School in Des Plaines, IL, retiring in 1989. She was a member of the Shepherd of the Hills Methodist Church in Sun City West, AZ. Judy was a lifetime member of the NEA/IEA. After retirement, Judy and her husband Arthur, loved to travel. She worked with an organization in Sun City West coordinating travel trips.

She was preceded in death by her parents; her husband; one daughter, Katherine Johnson.