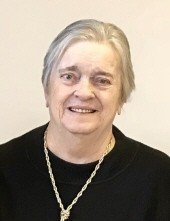 Services will be held 1:00 pm Saturday, September 18, 2021 at Gibson-Bode Funeral Home, Erie. Visitation will be from 5-7 pm on Friday at the funeral home. Private burial will be in Sharon Cemetery. Memorials may be made to Rock River Hospice & Home, 2706 Ave E., Sterling, IL 61081

Diana was born on December 12, 1935, in rural Erie, Illinois, the daughter of George and Dora (Nicely) Ballard. She graduated from Erie High School. On March 25, 1967 she married Jesse Bailey at the Erie Baptist Church in Erie, IL.

Diana was a cook at various restaurants, worked for GE in Morrison, and was a caregiver for the elderly in their homes. She was a longtime member of the Erie Baptist church, having been baptized and married there. She enjoyed camping and playing cards and games. She enjoyed her family and was a loving wife, mother, grandmother, sister and aunt.

She was preceded in death by her parents, her husband Jesse, a daughter, Teresa Cross, 10 brothers and sisters, and three grandbabies.

Share a memory or condolence at www.gibsonbodefh.com To send flowers to the family or plant a tree in memory of Diana Mae Bailey please visit our Tribute Store.