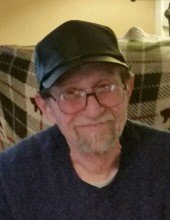 He was born September 23, 1950 in Mt. Pleasant to Elvin Raymond and Berdetta Viola Woodsmall Dickey. He married Jane Sanaghan; they later divorced. On May 15, 1993 he married Jillian Elaine Ruschill at Zion United Church of Christ in Burlington. She died September 21, 2016.

He was a 1968 graduate of New London High School; attended welding school at Southeastern Iowa Community College; and was of the Methodist faith. During high school, he began working as a welder at J.I. Case Company where he continued for 30 years, then worked in maintenance at the New London Care Center. He did his Army basic training at Ft. Leonard Wood, MO; his AIT at Ft. Ord in California; and served one year in Vietnam. Dennis built and restored vintage cars, enjoyed drag races, horses, dogs, music, and playing drums in local bands. He was a member of New London VFW Post 7641, American Legion, and various car clubs.

Survivors include his daughter Renae Lynn Dickey (Richard Parsons) of Kahoka, MO.; three grandchildren; brothers, James (Dianne) Dickey of Lincoln, NE and Michael (Doris) Dickey of New London; nieces and nephews. He was preceded in death by his wife and parents.

A funeral service will be held at 1:00 PM, Saturday, November 21, at
Elliott Chapel, New London with Ken Smith officiating. Visitation will begin at 9 AM with the family greeting friends from 11:00 until the time of the service.

Burial will follow at Burge Cemetery, rural New London with military
rites by the Henry County Honor Guard. A memorial has been established for New London VFW Post 7641. Due to Covid-19 restrictions, social distancing and attendance guidelines must be followed and masks are required. The full obituary may be viewed and condolences expressed at www.elliottfuneralchapel.com.To send flowers to the family of Dennis Raymond Dickey please visit our Tribute Store.