AroundPtown.com
Home Around Town No Fireworks In Prophetstown This Year; Other Events In Limbo 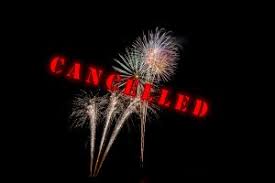 Some information submitted by Gerry Halpin

The 4th of July committee has made the decision to cancel this year’s fireworks at Prophetstown State Park.

Per Sean Hayden, Prophetstown State Park’s supervisor, the park’s campground will be open on May 29th.  However, the playground and park shelters will still be closed, most likely until at least June 28th.

The restrictions on social distancing, sanitation, masks, etc. are still in place for an indefinite period of time.  With these conditions, it is highly unlikely that an event anything like the traditional 4th of July could be held.  Holding an event that draws only a small crowd would also be a real possibility.

Once again, the Committee will have to “wait until next year.”

The fireworks show has had a rough stretch for the past decade having now been cancelled three times and moved to an alternate site once, due to flooding.

Plans to hold other large events that traditionally occur over the 4th of July Holiday in Prophetstown are still in the works.

Keith Stewart, PLT 6-12 Campus principal said the annual 3-on-3 basketball tournament will be moved to later in the year. Details are still being determined.

The Prophetstown Park Districts’ two big events, the Run Around 5K and Streetscape are also still a possibility. District Director Karyn Sommers-Buck said her staff has been working on ways to have both events, but keep them safe for all involved. Details will be released in the near future.