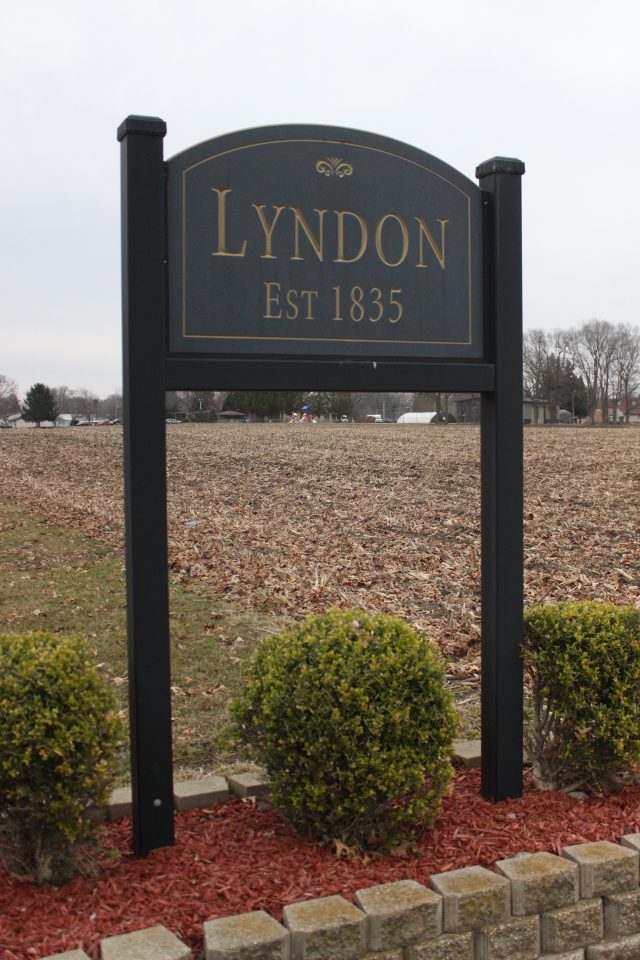 Employees of the Village of Lyndon will be honored by the Trinity Baptist Church in February for their work in the community.

Church Pastor, Alan Jahn, spoke to the trustees during their January meeting to express his thanks to the village for its continued support of the church’s ministry. The church currently provides two programs to serve the village’s children, Vacation Bible School and the Feed Our Children program during the summer months. Jahn invited all village employees to the church’s service on Sunday, February 16 where they will receive special recognition followed by a lunch. The service begins at 10:30 AM.

Approved an upgrade to Windows 10 for village computers at a cost of $2,924.

Approved a request for proposals for financial auditing services for the village.

Approved purchase of new street signs to be placed on 6th Avenue North to alert the driving public that the street is a dead-end.

Approved up to $3,000 to replace the brakes on the village garbage truck.

The board went into executive session. No action was taken.

Becky Piester asked all city employees to give suggestions on what they would like to see accomplished in the village in the upcoming year.

She told the board she had received a letter expressing interest from a resident in serving on the board. Residents Tyler Scott and Mike Dickey, who were in attendance, also expressed interest in being considered for the current vacancy on the board.

Trustee Bryan Bowen reported there are still ongoing issues to be resolved with the engineering firm, IMEG, who was the project manager on the water system upgrades. Bowen said he hopes representatives from IMEG and TECorp attend the next council meeting to address remaining issues with the project. The village is currently seeking money for damages done to a driveway leading to the village water tower. The village is still withholding 10% of the project cost until all issues are resolved.

John Wright reported that the refitting of well #1 is close to completion. He is awaiting final testing to put the well back into service which should occur in the next few days.

Announced the winners of the village holiday lighting contest:

Announced a donation of an AED to the department from the Prophetstown Fire Protection District which will be carried in the village squad car.

Asked the trustees for ideas concerning the ongoing problem of inoperable vehicles on private property. Fisk said currently the only recourse he has is to issue citations for ordinance violations which are often ignored. Village attorney Matt Cole said he would review other municipalities’ procedures on the problem.

Fisk said the bottom line is, “It’s expensive for the village to deal with.” Cole agreed saying the legal process can be very lengthy and costly. Currently prices for scrapping vehicles is very low, so there is not a lot of interest by towing and scrapping companies to pick up such vehicles.  One option that Cole had was for Fisk to write violations to the property owner if the problem is caused by a tenant, which would allow the village to put a lien on the property if the fines are not paid. Fisk said he sees it as growing problem for not just Lyndon but other small municipalities.

Told the trustees that grant money used for required state training is being cut back and he is unsure how much, if any, money the village will receive to reimburse their costs.

Full-time employee Austin McKee is leaving the department at the end of this week for another job. Wright said his biggest concern is needing help to run the garbage route on Monday. Department employee Mike Piester, who is part-time, said he would step in to help as needed. Trustees said they would begin a search for additional help.

The next regular monthly meeting will be held on Tuesday, February 11th at 6:00 PM.