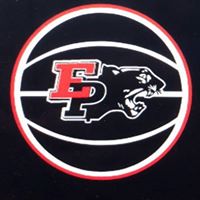 The Lady Panthers traveled to Fulton on Saturday to take on the highly regarded Steamers. The Panthers trailed most of the game but pulled to within a single point 31-30 with 2:45 left in the contest, but Fulton rallied and took home a 40-35 win.

“Our defense was really, really good and did a better job of limiting them to one possession,” said head coach Chris Brown.

A three-ball by Fulton’s Jacobs helped stem the Panther rally in final two minutes as the Steamers quickly restored their lead to 38-30. Makenzie Glassburn hit a three just before the buzzer to finish the game with 8 to share scoring honors with freshman Olivia Purvis.

Brown was extremely happy with the EP defensive effort. “We held their two best players to only 3 field goals,” said the coach. He gave credit to Purvis and fellow freshman and Kennedy Buck for shutting down the top Steamer threats.

The EP defensive pressure unfortunately led to 24 free throws for the Steamers who converted on 17. The Panthers took only 11 charity tosses and converted 6.

“We continued to battle playing a team that was getting votes for a state ranking. I was very proud of our effort today,” added Brown.

The coach said he is seeing continued improvement each day from the team with multiple players contributing. “Olivia Purvis had her best game scoring 8 and having to log a lot of minutes guarding their senior guard. Kennedy was also instrumental having to guard their best post for long spells.” Brown added that the team handled the Steamer’s press well and executed their man and zone offenses very well.

The Lady Panthers will hook up with Bureau Valley on Monday at home and then travel to Manlius on Thursday.