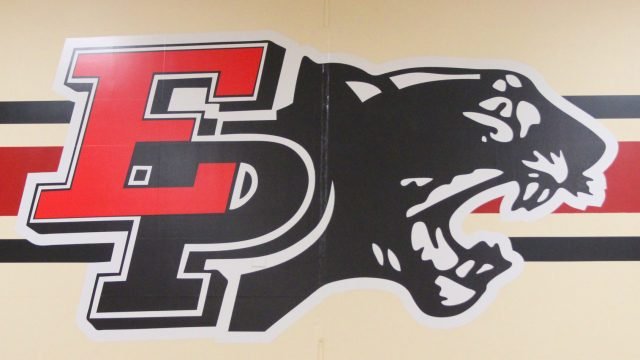 EP Board of Control met on Wednesday, July 15 at the PLT 6-12 campus Commons with Prophetstown Athletic Director Derick Cox leading the meeting. The board had several lengthy discussions about changes to their structure and authority. Topics included transportation costs, hiring processes, and meeting dates.

Discussion was held concerning adding members to the board. Currently membership consists of two athletic directors, two high school principals, and two school board members from each district. Consideration was given to adding the superintendents from each district to the board as well as two coach representatives. The board approved the addition of the districts’ superintendents to the board and will extend an invitation to coaches at large to attend the meetings.

The final budget numbers from the previous athletic season were discussed. Erie Athletic Director Brian Howell explained that once it was determined the spring sports season was canceled, two major purchases were made. The co-op purchased a new volleyball net and standards that can be used at both high school gyms and a second purchase of two portable athletic tables to be used by trainers. Including those items and after a full assessment of all costs, the budget finished just slightly above the projected amount of $91,000.

Howell commented had the athletic year played out as expected, the budget would have had an overrun of approximately $5,000. He explained that the cost of officials, entry fees, and bowling expenses unexpectedly increased along with purchasing additional football helmets to replace those that were deemed uncertifiable, which could not be predetermined. The budget for the 20-21 year of $84,700 was approved by both school boards and will be approximately $6,000 less than the previous year.

Howell said the board would be provided with a bi-monthly financial report during the upcoming athletic year, which is required per the co-op agreement.

Transportation costs were discussed including the number of trips each district is assigned for athletic/activity events. Currently each district pays its own transportation costs. Howell said the activity bus trips, which shuttle students to and from practices is not part of the co-op budget. PLT 6-12 Campus Principal Keith Stewart suggested that transportation reports be provided along with the bi-monthly financial statements so that the co-op board can see the breakdown of how much each district is spending on transportation, which will help determine costs going forward. One of the biggest hurdles cited in making transportation costs equitable is that the Erie district pays their drivers a higher rate than PLT. That difference in rate resulted in Erie paying $6,000 more in transportation costs than PLT. John Penske, PLT Superintendent, suggested that if the co-op is to be truly equal then all cost should be divided, including transportation. “If you want to be a healthy co-op don’t separate the money. We need to bring the money together. If we can’t get on the same page financially, it is going to drive a wedge between how we operate in other areas, “said Petzke.

The board made recommendations where to place Bass Fishing and E-sports on the extracurricular coaching salary guide. Those recommendations will be voted on by each school board. PLT will be the lead school in both activities.

Derick Cox went through the hiring process used by the athletic directors for coaching positions. It was determined that the definitive timeline and notification to candidates be adhered to. Currently the Board of Control simply recommends a candidate for hiring but the final decision is left to the school board of the lead school in that. Board member Kim Purvis and asked the question if the Board of Control should remain simply as a body that can recommend hiring or should it have the authority to hire without approval of the individual school boards. John Petzke suggested that the authority of the Board of Control needs to be reviewed and possibly adjusted.

The evaluation process that is used for coaches was also reviewed and discussed. Cox suggested adding a preseason goals and self-evaluation form to the process. Additionally, an anonymous evaluation form would be filled out by athletes at the end of the season to provide additional feedback to the coach and evaluators. Kim Purvis also suggested that the athletic directors be prepared for midseason informal evaluations especially if there are concerns. Derek Cox said in the future there will also be a concerted effort for the BOC to be made aware of all assistant coaches who have been recommended for rehiring by the athletic directors.

Motion was made and passed to change the board of control meetings from quarterly to bimonthly. The BOC will meet in July, September, November, January, March, and May. Specific dates are to be determined.

Sarah Naftzger will be recommended for the Football Dance Coach

John Widener will be recommended for assistant Boys’ Basketball Coach

The next Co-op meeting will take place in September with the exact date to be determined.