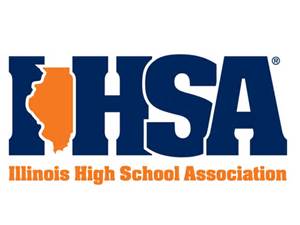 In this season of thankfulness the EP Panther football team has a lot to be grateful for including their terrific season, first conference championship, and placing 10 players on the TRAC All-Conference team. One thing they can add to the list came to light a few days after their season ended following their second round playoff loss to Kankakee Bishop McNamara.

IHSA official Dan Rodden, a forty-five year veteran, sent an email to the Panther coaching staff and both schools’ administrations to congratulate them on the sportsmanship he witnessed during the game.

Rodden started his letter by complimenting head coach Jesse Abbott and his staff. “Starting with the coaching staff, I have rarely been in contact with a staff that has shown consistent regard for the officials. Coach Abbott was extraordinarily easy to work with, and even in situations that I’m sure roused his ire he maintained his decorum.”

Rodden went on to commend the players and finally the Panther fans in attendance. “It is not uncommon for us to hear disparaging comments from onlookers, especially in games where the ebb and flow of the game seems to be going against them, and particularly on the road. There was some shouted disapproval, but as a whole the crowd was exemplary.”

When contacted about the letter Rodden said he rarely writes one of this caliber. “Unfortunately, this is something I do very infrequently. Usually, even under the best of circumstances, there is one of the elements lacking,” referring to the coaches, players, and fans.

He summed up his appreciation of the Panther program saying, “In my experience, rarely do superior achievement and exemplary sportsmanship evidence themselves together. The Erie-Prophetstown Co-op has done exactly that. If you could bottle and sell the formula I would personally buy it for all of the IHSA member schools.”

Both district superintendents, Heidi Lensing and Chuck Milem, said they were amazed at the thoughtfulness shown by Rodden and extremely proud of all those involved.