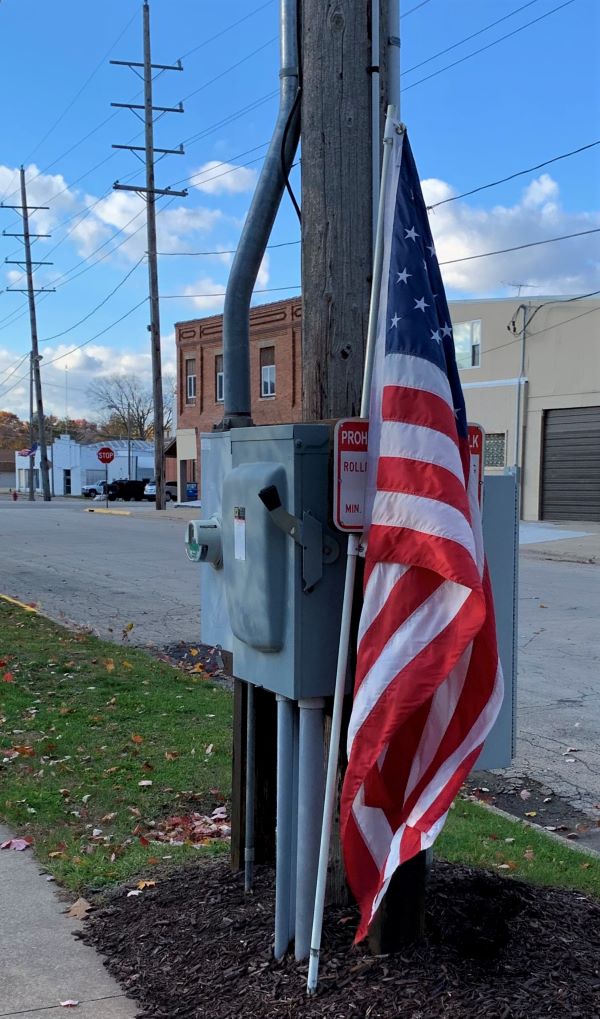 The celebration of Veterans Day can can take many forms. Locally both PLT#3 Elementary Schools held programs, the Tampico American Legion Post conducted a rifle salute, people displayed the flag, but sometimes it can be celebrated by a small act of respect that goes unseen by anyone.

Daniel Pyse shared just such a story, which occurred on his way home from school.

As he was walking on E. Railroad St. next to Eclipse Square Veterans Memorial Park when he noticed drivers avoiding something in the road. As he got closer he saw the object was a U.S. Flag that had fallen from its mount on a street light, due to the gusty winds. “With no one picking it up or just moving it I took action to show my support to our country and moved it off the road and set it up against a post and made sure it wasn’t touching the ground,” said the junior.

His mom Tarah said he is a great kid and “that is just the type of stuff he does.”