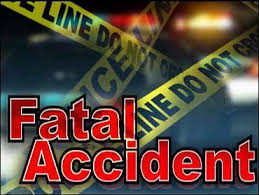 On Thursday, October 21st at 5:37 PM Whiteside County Deputies were dispatched to Illinois Route 40 at the Green River Bridge north of Osage Road for a two vehicle crash with injuries.

Sadly, Gonigam was pronounced dead on scene and Thompson was transported to CGH Medical Center for serious injuries.  Thompson was later transferred to St. Anthony’s Hospital.