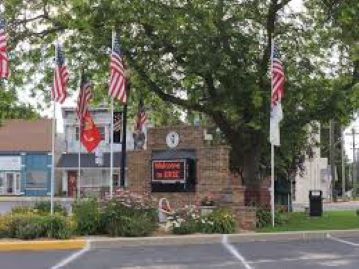 With the resignation of Police Chief Rollie Elder last month the Erie Village Board began the process of filling the vacancy in the department during their November 9th meeting. The board approved a motion to advertise for a police patrol officer. No action was taking on naming a new chief.

The board conducted its usual business with minutes and treasurer’s report approved, and bills paid.

New policies for public works employees on call and records retention were discussed, and the tax Levy ordinance was planned.

Mrs. Joyce Wisdom asked about the cemetery progress. Trustee Becky Cox explained that Tom Border was hired as full-time caretaker of the cemetery and his duties include mowing with additional care and upkeep. Cox explained that in expanding the position, the concerns of Mrs. Wisdom will be taken care of. Border sprayed for weeds, including sand burrs, this fall and will also spray in the spring.

The board held an extended executive session with no action taken.

8 assists for the county

Halloween – they enjoyed handing out candy to trick-or-treaters.

The next village meeting is December 14th at 6:00 at Village Hall.