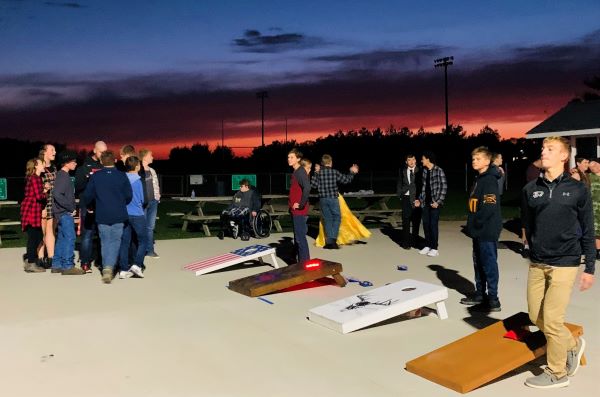 Last Friday, a crisp beautiful fall night, the Erie Middle School held its first ever Fall Dance and Bags Tournament. This year’s event was changed from the traditional Halloween costume dance. Having the dance outside allowed for social distancing without the need to mask.

There was a little something for everyone with music, dancing, snacks, and a bags tournament.

Ten teams signed up for the tournament with a $5.00 entry fee used to benefit a local organization. The first and second place teams were able to donate their winnings to the organization of their choice. The competition was fierce and the final game came down to one point.

Some of the most popular dances were the classics for any age; YMCA and the Macarena with new songs thrown in the mix and, of course, Tik Tok songs were popular. Watching the students dance to Thriller under a very bright moon was pretty amazing.

Students will get to wear their Halloween costumes to school on Friday, October 29th, so more fun is to come.