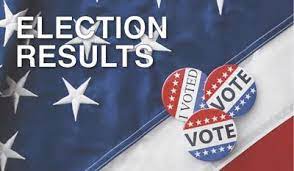 There were very few contested races in the area with some results featuring write-in candidates not yet released.

Larry Dessing narrowly defeated Dale Etheridge for a seat on the Prophetstown city council representing ward #1. Dessing has previously served on the council.

In the race for seats on the Prophetstown Fire Protection District’s Board of Trustees, James Thompson defeated incumbent Ron Hanson and newcomer Jennifer Sleeman gained a seat along with incumbent Nels Carlson.