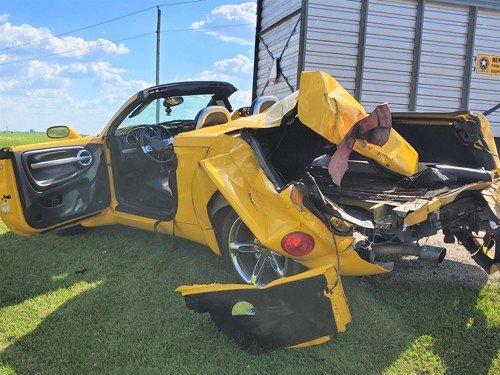 On Saturday, June 5 Whiteside County Deputies were called to a two vehicle accident involving a farm implement and a vehicle.

Deputies determine a yellow Chevy SSR driven by Corey Shugart of Prophetstown was traveling south on Lyndon Road near Bunker Hill Road when a tractor pulling his silage wagon, driven by Ryan Scott of Cordova, attempted to turn left into a field entrance. Shugart’s vehicle attempted to stop and skidded out of control before spinning 180° and striking the silage trailer in the front left side. The vehicle hit with enough force to break the tongue of the wagon.

There were no injuries and hunters autobody of Morrison towed the Chevy.